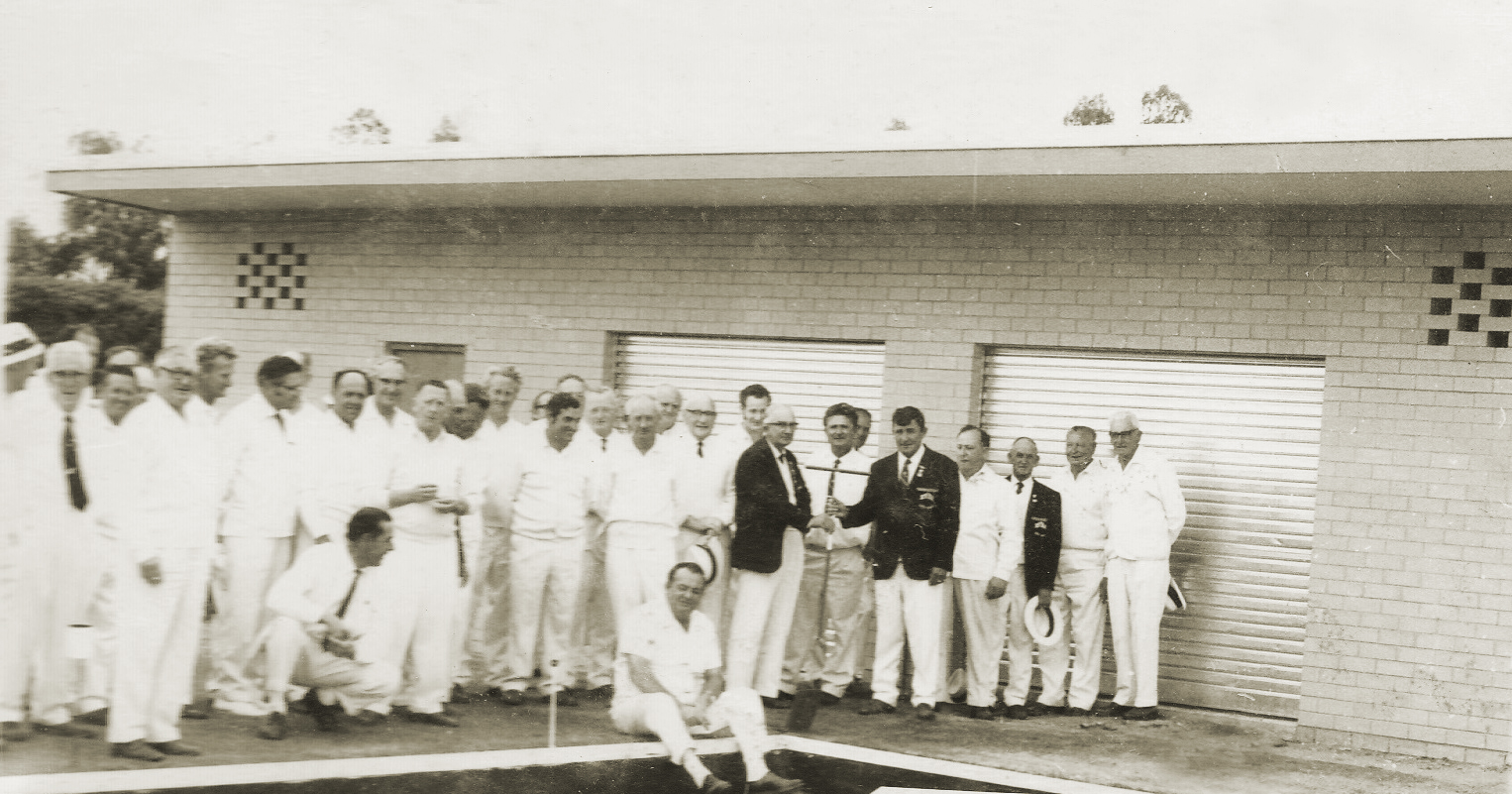 The Club commenced in 1962 under the name the Colac RSL and utilised the Birregurra green until moving to its current site in 1969 with one green and its first clubhouse at a cost of 40,000 pounds.

More than 200 members, ladies and guests celebrated the official opening of the new premises extensions on 21st July 1971 which included a bar. Foundation president Jack Dillon downed the first beer, the City Bowls Club name was adopted to enable approval of the club liquor licence, the club under the banner of the RSL had developed an enviable reputation for hospitality which continues today.

The ladies known as “RSL Bowling Club Associates” had their first committee meeting on the 23rd November 1962 with foundation president Mrs C. McTaggart.

There have been 23 Lady Bowls presidents and 21 men’s presidents in all since foundation, with a change in 2012 to a single bowls committee representing both the men and ladies.

The City Bowls Committee of Management commenced in 1994 with the introduction of Gaming Machines to come in 1995. It has had three chairpersons in 18 years, Tom Shelton 4 years, Peter Shaw and John Neal both 7 year terms, with a new chairperson in 2012 in Joan Lawrence.

The third green was opened in 1987 along with extensions to the club rooms, the club also celebrated their 25th anniversary. President was Gordon Hosie (Hawkeye).

In 1993 the synthetic green was built.

In 1995 the Tabaret was built and opened with 20 machines. The Committee of Management had great foresight to take this step as it has led to the financial security of the club, a move that other local sporting venues had wished they had taken at the time, the main drivers at that time being Tom Shelton and his fellow committee members.

In 1999/2000 a lease of the club from the Colac Otway Shire was negotiated for 50 years with automatic 5 year renewals with the option to buy the property within the first 5 years at a set price plus CPI. In 2004/5 the club exercised the option and subsequently purchased the property from the shire and thus ensuring the long term survival of the City Bowls Club Colac.

Due to the Clubs RSL origins, the values of the first men and ladies and those that have come since, the Club became known as the working man’s club, a family club that welcomes everyone.

In 2002 the Club called a special meeting of it's members to discuss the redevelopment of the Club.  At the same meeting it was moved & seconded that the Club proceed with the redevelopment and this motion was passed by the members.

In September 2016 the redevelopment of the Club commenced.